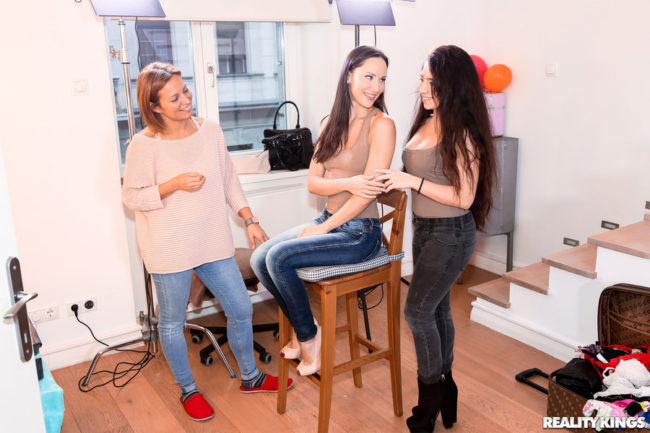 We are about to tell you all about the best swingers clubs in Netherlands plus other ways to meet wife swapping couples around the country. You are probably already ware that this adult lifestyle is a private one.

Most Netherlands swingers clubs want to keep things on the down low for obvious reasons, mostly cuckolding and swapping couples want to keep their business as private as possible. The goal of this post is to get you the best and most up to date information on all of the parenclubs, while at the same time respecting others wishes.

So we are only going to share info that these places are already sharing on their own websites or social media. You may have noticed that word parenclub, well that is how they are often referred to by the locals here.

Speaking of Amsterdam parenclubs we have already covered them at that link. We decided to break this up into a couple posts so that this one didn’t ramble on forever.

If you are new to this adult lifestyle stay with us until the end for some quick and simple rules that will help all involved have a better time.

Best Clubs For Swingers In Netherlands

Here is a list of the best swingers clubs in Netherlands:

Remember that was a list, not a ranking, so it wasn’t in any particular order. We have also listed the best adult lifestyle clubs in nearby countries if you are looking for more group parties:

At this point we want to give a brief write up on each of these libertine clubs, we recommend that you take the links to their websites before you visit so you know which of their upcoming group sex parties sounds best for you.

Fun 4 Two in Moordecht near Rotterdam is open on Friday and Saturday nights at 9pm and on Sundays from 4pm to midnight. Single men are never allowed to enter this parenclub, you can get a membership card for 20 euros and then save 20 on any future visit.

Prices for member couples are 100 on Fridays, 125 on Saturdays and 105 on Sundays. Single ladies will pay 50, 60, or 50 respectively. They have a nice outdoor pool for nudist swimming when the weather is nice.

This adult lifestyle club also has a cottage and 2 other rooms you can rent out if you want to stay the night. You can reach them at [email protected]  or by calling + 31-0-182-378-528. Plus you can follow the Fun 4 Two swingers club near Rotterdam on Facebook, Instagram or Twitter.

Over in Maarssen you can find Club Amouret’te which is open Wednesday through Friday nights at 8pm until around 1am to 3am. Couples pay 25 on Wednesdays, 45 on Thursday, 65 on Fridays or 75 on Saturdays.

Single men pay 55 on Wednesdays, 50 on Thursdays, 70 on Fridays or 80 on Saturdays. Single ladies are always free to enter Club Amouret’te.

Friday night is when they throw their bi-sexual parties, on site they have a nice sauna, Jacuzzi, and a darkroom. Follow them or message them here.

Single men are only allowed to visit the Parenclub Inn4Love in Wagenborgen on Fridays or the last Saturday of each month. All other nights are for swapping couples and single ladies only.

Another swingers club for couples and single ladies only, this time Parenclub Fata-Morgana in Muiden. They are open Friday and Saturday nights from 9pm until late and Sundays from 1pm to midnight.

They are open Friday and Saturday nights starting at 8pm, many of their Saturday parties are for swapping couples and single ladies only. On Fridays the prices to enter are 20 euros for single ladies, 40 for couples and 95 for men.

Another creative place for Netherlands swingers to party, Parenclub Devils & Angles in Susteren has varying prices by event but it usually costs single women around 25 euros to enter, men around 80, and couples around 50.

Out in Wieringerwerf you can find Parenclub Monique which is a very LGBT friendly adult lifestyle club. They also have special parties for t-girls making this one of the better places to have sex with Netherlands transgenders.

They are mostly open on Friday and Saturday nights around 7 or 8pm, plus the occasional Sunday. If you have never been before you are allowed to visit before 9:30pm and get a full refund if you don’t initially like what you see.

They are active on social media at:

There really are a lot of swingers clubs in the Netherlands aren’t there? Parenclub Mystique in Rucphen is another good place to meet transsexuals as they have tranny nights every 2nd Thursday and bi-sexual parties every 2nd Wednesday.

Couples need to pay 40 euros to enter Party Players in Leystad on weekdays or 60 from Friday through Sunday. Men are charged 80 on weekdays and 90 on weekends, and some Saturdays no single men are allowed.

Finally we are down to our last listed swingers club in the Netherlands. We want to re-iterate that this is a list and not a ranking so do not judge them in any order.

Parenclub Landgoed De Zaar is located in Venlo and opens at 8pm every day except for Tuesdays and Wednesdays when they are closed. This is a cash only bar so do not expect to pay by credit card.

Couples are charged 35 most nights but Saturdays will cost you 40. Single men always pay 80 unless they are running a gang bang, in that case it will be 100. Ladies are charged 15 to enter.

Monday and Thursday nights they hold nudist parties. You can reach them at this email [email protected] or call Parenclub Landgoed De Zaar here +31-0-77-382-1235.

Meet Swinging Couples Near You Online

The above listed swingers clubs can be really enjoyable for many but we realize that they are not for everyone. We also know that some people may want to go to the parenclubs more often but don’t have the time or money that is necessary to do so.

Luckily you can meet swapping couples near you online and our favorite way to do this is 99 Flavors. If you have never heard of them before they are a sister site of Adult Friend Finder which has over 30 million active members across the globe.

Luckily enough AFF is really only popular in a few regions of the world like North America, Europe, and Australia mostly which just happen to be where libertine clubs are also popular, go figure. Actually the Netherlands has a ton of users, many of which live in Amsterdam.

It is sort of like a one stop shop to satisfy your kinky desires and it can really take your bedroom experience to the next level. Amsterdam has the most users, but towns like Rotterdam, The Hague, and Utrecht do as well plus more are spread out all around the country.

Before this ends we feel the need to share a few simple rules to help you and all others in the adult lifestyle have a better time. They would be:

It doesn’t take a genius to realize that those rules are mostly targeted towards the single men who want to go to the Netherlands swingers clubs. A guy walking around trying to stick his dick wherever he wants is the last thing anyone wants to see at a parenclub.

A girl letting everyone motorboat her she sees is the star of the show. Guys, this is pretty easy, don’t view lifestyle clubs as an easy place to get laid with whoever you want.

Be a part of the party, mingle, and have your fun with the people who also want to have fun with you. We will try to keep this page as up to date as we can, if you need to let us know of any club closures or new libertine clubs around email us at clubs4swingers at gmail.com.

Now you know all about the best swingers clubs in the Netherlands and how to meet kinky couples for swapping near you, we hope you have a great time!