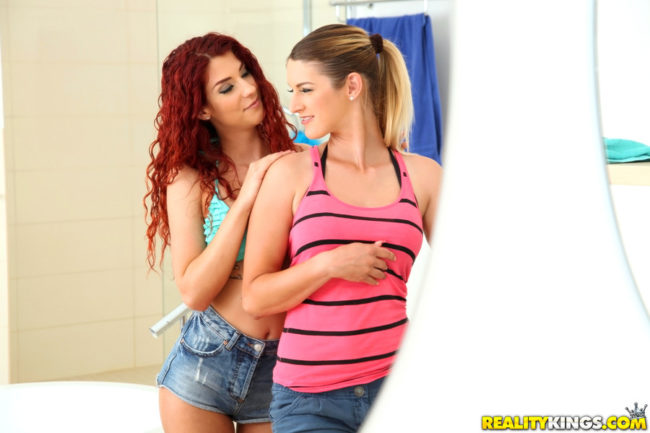 Listing the best swingers clubs in Budapest and other ways to meet couples near you that are interested in the hobby is quite easy because you don’t really have a lot of options in this country. Dreamland Swingers Club is by far the best libertine club in Budapest or anywhere in Hungary.

There are some other private sex parties but they are not easy to get info on for obvious reasons. For instance let’s say there is a couple in Hungary who enjoy watching the wife get cuckolded, that is probably not something they want their friends, family, neighbors and co-workers to know about. You can see why finding out good and up to date info on the best swingers clubs in Hungary or other ways to meet kinky couples near you can be so difficult to track down.

There are plenty of other sites out there that also try to do the same, but if you have visited them you probably have noticed half of the libertine clubs they mentioned are no longer open. We aren’t going to say we will be perfect at this, but we will put in the effort to keep our lists relevant and up to date.

Of course the easiest way to do this is by using online sites and groups, and we have one in particular that we think is better than the rest. But before we get into that we want to cover the best club in full.

Most of our posts list the best swingers clubs in a given country, well here we are only focusing on one. Martini used to be a very popular Budapest libertine club but it is no longer open making the clear champ Dreamland Swingers Club.

Sexy Hungarian couples will need to pay 40 euros to enter on Wednesday, 50 on Friday and 60 on Saturday. Ladies are always free to enter if they role solo, while men must pay 60 on Wednesday or 70 on Friday.

Single men are not allowed to attend on Saturdays as that night is for couples only. You can contact the best swingers club in Hungary by calling +36202506886, emailing [email protected], or be sure to visit the Dreamland Swingers Club website before you attend so you know how to dress for the evening.

Since there are not many here some of you may be interested in traveling and we have also covered swingers clubs in nearby countries like:

Luckily there is another way and that is to meet swingers near you online. This may mean other partner swapping couples, or you can message whatever amount of men and women you desire to party with and set up something a little more private on your own.

How can you do that? Have you ever heard of Adult Friend Finder? We are sure that you have seen the links around the internet before, they like to say they are not your typical dating site and that is definitely true!

Instead it is all about hooking up and finding other people near you who want to explore sexually. They have a sub domain set up specifically for swingers called 99 Flavors which is growing in popularity all over Europe.

There is no better way to meet swingers in Budapest online be it couples, singles, a cuckolding wife or whatever suits your fancy. You not only get access to the swingers on 99 Flavors but you get access to the full Adult Friend Finder network which has tens of millions of users worldwide.

In a large city like this one there will be plenty of options on it and it will really take your group sex game to the next level.  Of course Budapest will have the most users, but there are other swingers around Hungary using it plus in all of the nearby countries in this part of Europe.

For the single men out there that don’t want to get rejected at the door these sites are definitely the best way for you to find some kinky women to bring with you next time you want to go.

Before we finish we wanted to share a quick word of advice for any new swingers out there, or anyone who has tried visiting libertine clubs in the past with mixed results. There are some very simple rules to follow that will definitely maximize your experience as well as all of the other kinky couples involved.

Once inside the club don’t be ‘that guy’ and most experienced swingers already know who we are talking about. When it comes to echangiste clubs ‘that guy’ can come in many forms, but they are all pretty similar.

Often times they stand in the corner creeping in the shadows not talking to anyone else. Others will watch other couples and not get the hint that they want him to leave them alone.

The guy who walks up and tries to jump into other couples who are having sex and attempt to force his way in even when it is clear he isn’t welcome. Dreamland Swingers Club in Budapest is not looking for single men who are anti-social and who are just visiting because they think it is a good place to bust a quick nut, and neither are any other clubs out there.

Mingle, be sociable, and make sure you are wanted before you start to get involved. You should also read the lifestyle clubs rules just to make sure what is and isn’t allowed so that you don’t get kicked out for doing something you didn’t realize was wrong.

Now you know all about Dreamland Swingers Club in Budapest and how to meet kinky couples in Hungary online, we hope you have a great time!